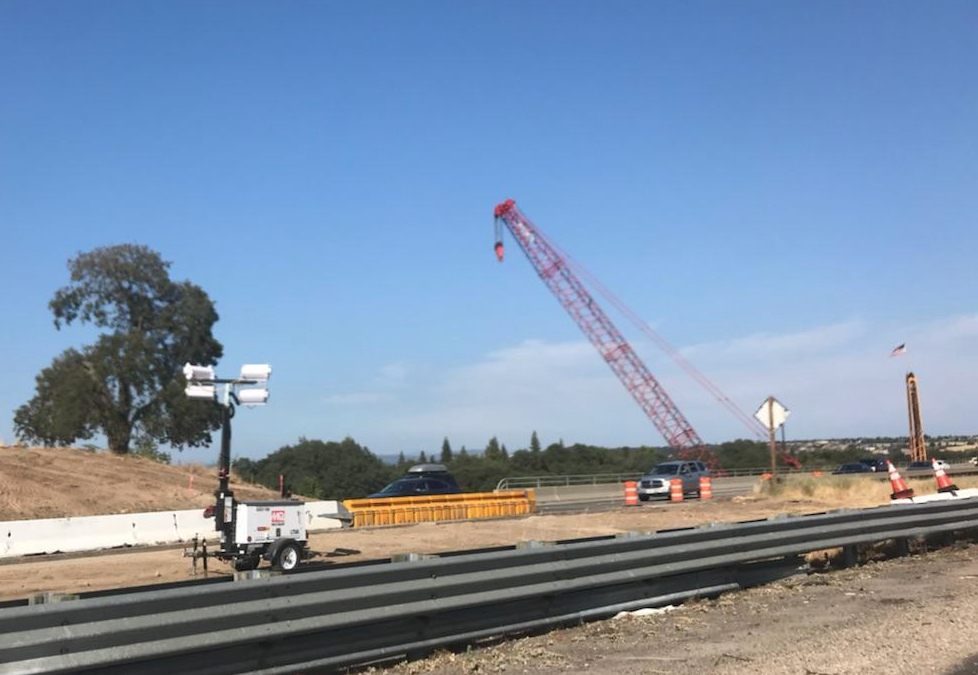 You have probably driven by the barriers and seen the three cranes standing tall at the Interstate 80/Highway 65 interchange.

So, what exactly is going on there?

It is Phase 1 of an expansion project that began on April 30, to the section of highway that gets some of the highest levels of traffic in the area. The project, led by the Placer County Transportation Planning Agency (PCTPA) and California Department of Transportation, is expected to reduce traffic build up on Interstate 80. The specific work underway right now includes adding a lane from I-80 to Stanford Ranch/Galleria Boulevard and making fixes to areas where vehicles cross lanes to turn left, according to the Press Tribune.

The Press Tribune reports that the first phase of the expansion project is expected to be done by 2020.

The later phases of the project will include adding a lane on each connector between Highway 65 and I-80, maintaining the Taylor Road/Interstate 80 access point and eliminating the “weaving movements” on I-80 eastbound between Eureka Road and Highway 65. The agencies are still looking for funding mechanisms for these remaining phases.

The Interstate 80/Highway 65 interchange was constructed in the mid-1980s when Placer County’s population was much smaller (136,000). Today, the population is around 380,000 and the PCTPA estimates that nearly 210,000 vehicles utilize the interchange every day.

If you have questions about commute times and routes in the area, make sure to download our Guide to Relocating to Placer County.

Home inventory is on the rise in Roseville