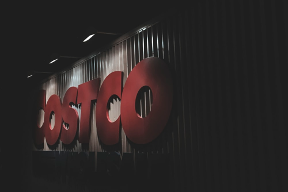 The well-known retail giant is planned for a 17-acre site on the southeast corner of Sierra College Boulevard.

Upon recommendation by the Loomis Planning Commission, the town will look to move forward with the Final Environmental Impact Report, which is a state requirement under CEQA or the California Environmental Quality Act.

The new Costco is expected to feature 24 fuel pumps with room for six additional stations in the future.

Parking at the site will be abundant. Plans call for more than 780 parking spaces for vehicles along with motorcycle spaces and bike racks.

More than 250 valley oak and six blue oak trees will be planted as part of the project.

Other improvements include a new northbound right-turn lane and a southbound left-turn lane, a third travel lane, sidewalks and a class 2 bike lane along Sierra College.

The environmental plan still requires final approval by the Loomis Town council, but it already has the unanimous blessing of the Planning Commission.

Area leaders are excited about job creation and tax revenue for Loomis, which could add up to more than $1.5 million a year.

The Costco will be built adjacent to Sierra Meadows Apartment Complex on Brace Road. Sound walls are in the works to minimize noise pollution to the nearby residents.

Once Loomis takes the next step, construction plans will become clearer. A decision is expected by August.

4 new-home upgrades you shouldn’t pass up on