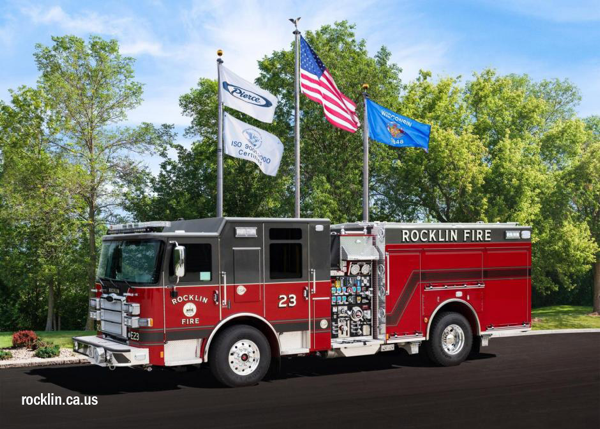 The fire engines were sprayed with water, symbolizing life and the readiness to protect. The new vehicles were pushed into the fire department’s bays, in a nod to a previous generation of public servants.

The event and the ceremonial gestures illustrate the city’s commitment to public safety and tradition. It was fitting that it was held on Rocklin Patriot Day, an annual gathering that honors public safety and military personnel who serve our communities and nation.

The Enforcer Type-1 fire engines were bought last year in partnership with the neighbor city of Lincoln, saving both tens of thousands of dollars. The vehicles are equipped with modern technology and electrical systems to efficiently respond to fire emergencies.

This smart investment in public safety is a reminder of how much Rocklin and its residents care.