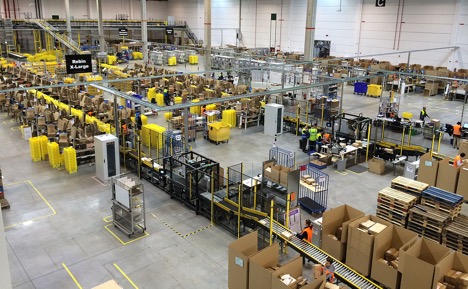 A regional effort to bring Amazon’s second company headquarters to Northern California, along with 50,000 high-paying jobs, recently received a shot in the arm thanks to the city of Roseville.

In adopting a resolution, city leaders agreed to partner with the Greater Sacramento Economic Council by offering two city-owned parcels of land that would be used in an economic and inventive package to meet Amazon’s request for proposals (RFP). Amazon is currently seeking another headquarters outside of its existing Seattle facility, and Sacramento threw its hat in the ring last month.

Roseville identified two sites that allows it to participate in the regional response. Both 290 Conference Center Drive, an 11-acre site with utility and traffic capacity for a 500,000-square-foot office, and 6382 Phillip Road, 160 acres with room for 1,080,000 square feet of processional office, were both named by Roseville.

Amazon’s RFP is vague, so the regional teamwork will streamline the process to ensure the delivery of a single, coordinated pitch.

Dozens of other cities across the nation are currently competing to be selected for Amazon’s $5 billion capital investment project. The deadline to submit proposals to Amazon is next week. Amazon will select a site sometime in 2018.

Here’s what Amazon is looking for:

The city of Roseville thinks the region meets all these requirements.

El Dorado, Placer and Sacramento counties and Elk Grove, Lincoln, Sacramento and West Sacramento are coordinating the regional effort. Roseville’s inclusion is welcome news for the massive effort. Amazon says it will hire as many as 50,000 new full-time employees with an average annual salary exceeding $100,000 over the next 10-15 years. Amazon will hire workers to fill jobs in management, engineering, software development, accounting and administrative positions.

Any further action with possible considerations will have to be brought back to the city for approval, a city of Roseville official said.

4 things to think about when buying a bank-owned home