A 66.5-acre, mixed-use development is currently under consideration by the Loomis Town Council.

The development, known as the Village at Loomis, is being described as offering alternative housing designs to create a “village-like neighborhood” adjacent to the traditional center of historic Loomis. Residents will be able to attend a Sept. 12 public workshop to discuss the project.

The Village at Loomis would consist of:

The homes proposed on the development would range from 1,500 square feet all the way up to 2,800 square feet. The Park and Open Space District would consist of a combination of public parks, trails (some with a par course) and an open-space natural preserve. A 12-acre park and central open space area would be located in the center of the site to preserve natural resources, including oak trees and wetlands. 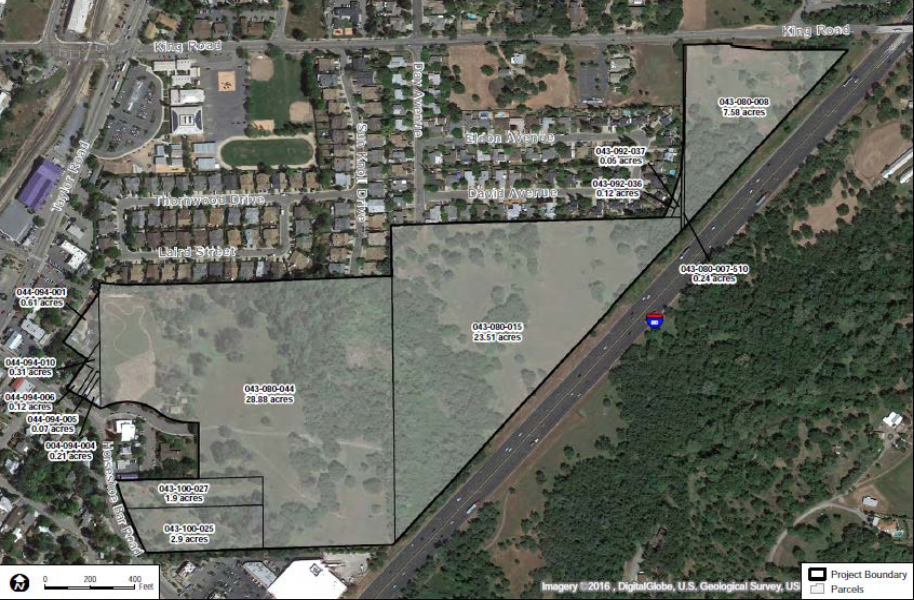 The Village at Loomis would be located west of I-80 between King Road to the north and Horseshoe Bar Road to the west.

An application for a similar project was submitted to the Town Council in 2007. It was withdrawn in 2010. The Village at Loomis was proposed in 2014. The project still must make it through a variety of approvals, beginning with General Plan amendments.

The plans for such a development have long involved community input. During the Sept. 12 workshop, members of the Town Council and Planning Commission are expected to provide their questions and comments on the project. Time for public comment also will be provided.